What is the soybean checkoff?
Like producers of other commodities, such as beef, dairy and eggs, soybean farmers collectively invest a portion of their product revenue to fund research and promotion efforts. This collective investment is called a checkoff.

How does the soybean checkoff work?
The soybean checkoff is supported entirely by soybean farmers. The United Soybean Board (USB) directs all national checkoff efforts. The board consists of 78 volunteer farmer-leaders nominated by their state-level checkoff organizations, called Qualified State Soybean Boards (QSSBs). These nominees are appointed to the board by the U.S. secretary of agriculture.

What’s the difference between the United Soybean Board (USB) and the American Soybean Association (ASA)?
USB and ASA are two different organizations with one focus: the success of U.S. soybean farmers. Each group serves this purpose in a different way. Whereas USB administers soybean checkoff activities focusing on research, market development and expansion, ASA focuses on advocating on state and national legislative and regulatory policy issues, which by law the checkoff can’t.

Why is animal ag such a big deal to NJSB?
Because your bottom line depends on it. Animal ag is the number one customer for your soybeans. In fact, 97 percent of your soybean meal goes to feed livestock and poultry. Add in the $17.8 billion in income tax revenue and over 1.8 million jobs it helps generate and it’s easy to see why a successful animal ag industry is the key to a profitable future for all U.S. soybean farmers.

What country is expected to have the biggest impact on the future of U.S. soy?
The U.S. has a longstanding relationship with China as a top customer of U.S. Soy. The importance of long-term trade relationships will remain a priority for the U.S. Soy industry in China. Recent trends continue to project increases of global soy utilization, and China will remain the world’s largest importer of soybeans.

As for the future of U.S. soy exports, analyst John Baize suggests that South Asia may be a ripe market, particularly India.

The U.S. Soybean Export Council (USSEC), the international marketing arm of the U.S. Soy checkoff, is continuing to work on behalf of U.S. soybean farmers and exporters to build global demand and expand market access for U.S. Soy products throughout its five designated regions, including China as part of North Asia. Learn more on the current state of USSEC markets around the world.

The United Soybean Board maintains an up-to-date list with hundreds of products incorporating soy and where to purchase them. 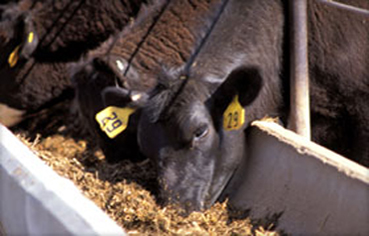